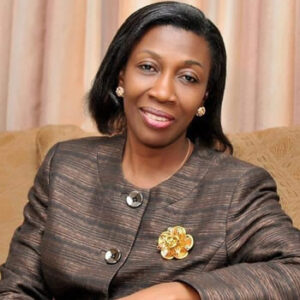 Professor Atsenuwa specialises in Public Law with teaching and research interests spanning human rights, gender and the law, migration law, criminal law and criminal justice. She is widely published in these fields and is acknowledged as one of Nigeria’s foremost legal feminists and gender scholars whose research and social action including advocacy have helped to shape legal, policy and programme responses of government and civil society to promote women’s rights and empowerment. Her seminal works in the field include her book – Feminist Jurisprudence: An Introduction. From 2021 to 2022, she served as a Technical Expert on women’s rights and women’s political to the Constitution Review Committee of the Senate.

Within the legal community, she is known for her efforts at evolving a more development-oriented approach to legal education in terms of content and teaching methodologies and bridging the gap between legal academics and legal practice. The impact of some of her research outputs is visible in numerous criminal justice sector reforms that have been implemented across the country. and comes to legal academics from a development-oriented perspective. Her work has been far-reaching in shaping law and policy development in Nigeria. She chaired the Lagos State Criminal Law Reform Committee, which produced the 2011 Criminal Law of Lagos State, the first comprehensive reform of a substantive criminal law legislation in Nigeria since 1904 and developed the framework instruments for the implementation of community service orders in Lagos State., the Draft Guidelines for Bail Bondspersons and the Sentencing Guidelines, all of which have shaped reforms in the criminal justice sectors in Lagos State and Nigeria.

Professor Atsenuwa has held several leadership positions within the University of Lagos and the higher education sector in Nigeria and outside. She was a former Dean of the Faculty of Law at the University of Lagos, a former Director of the West African Regional Centre for Law and Religion Studies and former Chair of the Board of Directors of the Inter-Faculty LLM. in Human Rights and Democratisation in Africa (HRDA) Programme hosted by the University of Pretoria.

Outside the University system, she has also done much to contribute to peace promotion and sustainable development in Nigeria and Africa through her social activism and leadership engagements. She was the Alternate Chair, NBA Task Force on the North-East (2017-2018), Member, Osun State Truth and Reconciliation Commission (2011) and Member, Lagos State Tribunal of Inquiry into Civil Disturbances in Lagos State (2003).

A member of the Institute of Directors (IOD), she has served on the Boards of several international and national institutions and organizations including the Open Society Initiative for West Africa (OSIWA), Legal Research and Resource Development Centre, CLEEN Foundation, Orderly Society Trust, Partnership for Justice/Mirabel Centre, Girls’ Power Initiative, HEDA Resource Centre, SERAP, National Agency for the Control of AIDS, Lagos State Office of the Public Defender, Lagos State Advisory Council on Prerogative of Mercy, National Advisory Committee on APRM-NEPAD. She has consulted for various international and national development organisations.