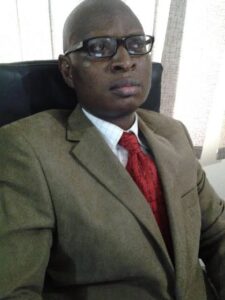 Kolawole Olaniyan is an international anticorruption, development and human rights lawyer, and scholar. He obtained his doctorate in international law on corruption and economic crimes at the Law School of the University of Notre Dame, South Bend, USA. He has consulted widely in the field of anti-corruption, economic crimes, recovery of proceeds of corruption, and human rights law, including for national anti-corruption commissions, governments, and civil society groups like the Transparency International in Berlin, Germany. He is a Legal Adviser at Amnesty International’s International Secretariat, London. Between 2004 and 2007 he was Program Director for Africa. He has been a visiting lecturer at the departments of law of both the University of Bristol and SOAS University of London. He is a member of the Nigerian Bar Association. He has published widely in the field of governance, economic crimes, human rights, corruption and money laundering, including his seminal book on Corruption and Human Rights Law in Africa (Oxford: Hart, 2014); and more recently, Towards a human rights approach to corruption, in The Cambridge Handbook of New Human Rights, [Ed, von Arnauld/von der Decken/Susi] (2020); and The Implications of Corruption for Social Rights, in Edward Elgar Research Handbook on International Law and Social Rights, [Ed, Christina Binder/Jane A. Hofbauer] (2020).